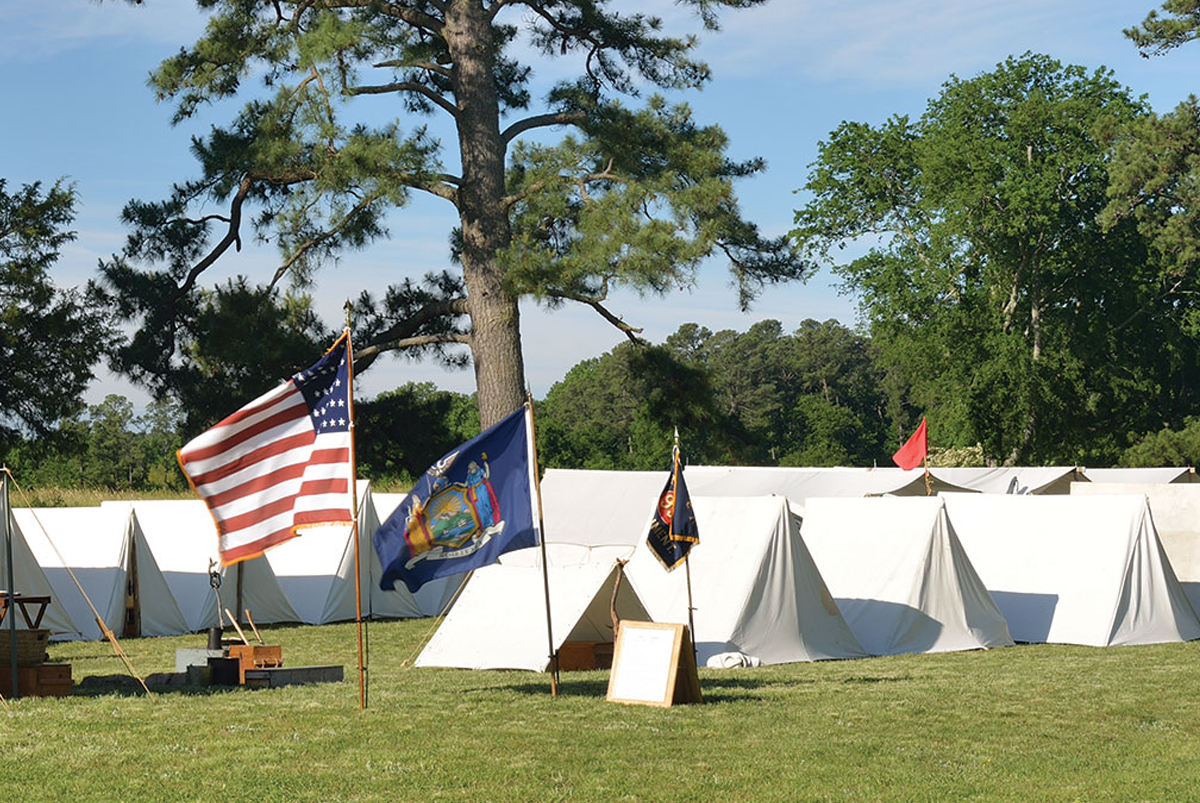 Visit Yorktown Battlefield and take yourself back in time to where history was made.

Jamestown is where America was born. Williamsburg is where our nation’s ideas matured. Yorktown is where America became of age. Visit Yorktown Battlefield and take yourself back in time to where history was made. A tour of the battlefield begins at the National Park Service Visitor Center (Colonial National Historical Park), where the battle on land and at sea is presented through a series of multimedia exhibits. You can walk through a full-sized replica of the quarterdeck of a British warship, view the movement of troops through a special lighted map display and browse the beautiful collection of Revolutionary War artifacts, including the tents used by General George Washington to plan the siege. A 15-minute film, “The Siege at Yorktown,” discusses the importance of the battle. Then, explore exhibits that focus on the 1781 Siege of Yorktown, the Battle of the Capes and British General Cornwallis’ campaign tables used during the siege.

There is no better way to experience the National Park and Historic Yorktown than taking a stroll with a professional historian. Mobjack Bay Coffee Roasters, located in the Cole Digges House c1726 in Heart of Historic Yorktown, is just a short walk from the Battlefields and is the only certified and permitted business to offer Historian led tours in the National Park. General tours and Private tour options are available. Stop in for coffee, tea, wine, beer, and bite to eat before or after your tour.

Through careful examination of 18th century military maps and archaeological excavations, the National Park Service has reconstructed a nearly complete picture of General Washington’s siege. Earth works and siege lines mark the positions of British and American troops during the battle. Tours of the battlefield are conducted from the Visitor Center by park rangers. Park brochures, maps and audio tours are also available for a self-guided driving tour of the battlefield and encampment areas, as well as a walking tour of the town of York. The National Park Service also maintains the restored 18th century homes of Augustine Moore, where negotiations were conducted for the surrender of the British army, and Thomas Nelson Jr., one of Virginia’s signers of the Declaration of Independence.

Be sure to ask about these opportunities when you visit the National Park Service Visitor Center, or call 757-898-2410 for dates and hours.